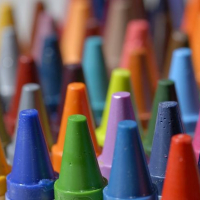 Authors of new Cochrane Review remain uncertain about effect of widely used medicine on ADHD symptoms, despite large amount of research. Some evidence of increased sleeplessness and loss of appetite leads researchers to encourage more caution in use of methylphenidate.

The Cochrane Library has published one of the most comprehensive assessments to date on the benefits and harms of a widely prescribed drug used to treat Attention Deficit Hyperactivity Disorder (ADHD).

ADHD is one of the most commonly diagnosed childhood disorders and can continue through adolescence into adulthood. Symptoms include difficulty focusing attention and remaining “on task”, excessively impulsive behaviour, and extreme hyperactivity. It is estimated to affect about 5% of children, and diagnosis is based on clinical judgement rather than objective diagnostic markers.

Methylphenidate, more commonly known by its brand names - Ritalin®, Concerta®, Medikinet®, and Equasym®, amongst others - has been used to treat ADHD for more than 50 years. A team of Cochrane researchers has carefully evaluated and summarized the findings from all of the available randomized trials of this widely used drug.

This new Cochrane Review includes data from 185 randomized controlled trials involving more than 12,000 children or adolescents. The studies were conducted mainly in the US, Canada, and Europe, included males and females from ages 3-18, and all compared methylphenidate with either a dummy pill or no intervention.

When researchers combined data from identified trials, they found that methylphenidate led to modest improvements in ADHD symptoms, general behaviour, and quality of life. Analysis of adverse effects showed that children were more likely to experience sleep problems and loss of appetite while taking methylphenidate. However, the researchers’ confidence in all results was very low: it was apparent from assessing the included trials that it would have been possible for people involved in the trials to have been aware of which treatment the children were taking. In addition, the reporting of results was not complete in many of the trials, and for some analyses there was variation among trial results.

Based upon this information, the researchers urge clinicians to be cautious in prescribing methylphenidate, and to weigh up the benefits and risks more carefully.

The team of 18 researchers was led by Professor Ole Jakob Storebø, Clinical Psychologist from the Psychiatric Research Unit in Region Zealand, Denmark. He says, “This review highlights the need for long-term, large, better-quality randomized trials so that we can determine the average effect of this drug more reliably.”

Co-author Camilla Groth MD added, “This review shows very limited quality evidence for the effects of methylphenidate on children and adolescents with ADHD. Some might benefit, but we still don’t know which patients will do so. Clinicians prescribing methylphenidate must take account of the poor quality of the evidence, monitor treatment carefully, and weigh up the benefits and adverse effects."

Another co-author, Dr Morris Zwi, Consultant Child & Adolescent Psychiatrist, added, “This evidence is important for health professionals and parents of children with ADHD. Our expectations of this treatment are probably greater than they should be, and whilst our review shows some evidence of benefit, we should bear in mind that this finding was based on very low-quality evidence. What we still need are large, well-conducted trials in order to clarify the risks versus the benefits for this widely used treatment.”

The researchers have also urged that clinicians and families should not rush to discontinue using methylphenidate. Dr Zwi added, “If a child or young person has experienced benefits without experiencing adverse effects, then there may be good clinical grounds to continue using it. Patients and their parents should discuss any decision to stop treatment with their health professional before doing so.”

An abridged version of this Cochrane Review will appear in the BMJ later this week.

About Cochrane
Cochrane is a global independent network of researchers, professionals, patients, carers, and people interested in health.

Cochrane produces reviews which study all of the best available evidence generated through research and make it easier to inform decisions about health. These are called systematic reviews.

Cochrane is a not-for-profit organization with collaborators from more than 130 countries working together to produce credible, accessible health information that is free from commercial sponsorship and other conflicts of interest. Our work is recognized as representing an international gold standard for high quality, trusted information.

Find out more at cochrane.org