The official new home of Cochrane Russia at RMANPO launched! 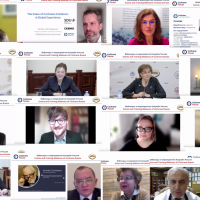 Link to the original source

On December 3, 2021, the Russian Medical Academy for Continuing Professional Education of the Ministry of Health of the Russian Federation (RMANPO) hosted an international online workshop «Cochrane Systematic Reviews: Trusted Evidence for Wise Decisions in Medical Education, Research and Practice». The workshop officially launched the new home of Cochrane Russia, RMANPO.

The workshop was organised by RMANPO and Cochrane Russia supported by Cochrane CET, Cochrane Denmark, Cochrane Sweden, EVIPNet-Europe (WHO Regional Office for Europe) and Wiley.

The workshop was organized to introduce RMANPO as a host institution (new home) for Cochrane Russia and demonstrate the unique role of Cochrane Systematic Reviews and Cochrane Russia in translating trusted evidence for wise decisions in medical education, research and practice.

The event received accreditation in the CME system for the vast majority of medical specialties.

At the official opening the workshop, opening addresses were made by the Rector of the RMANPO and Corresponding Member of the Russian Academy of Sciences, Professor D.A. Sychev, Vice-Rector of the RMANPO for International Cooperation and Clinical Work, Academician of the Russian Academy of Sciences, Professor I.V. Poddubnaya and Editorial Director of Wiley Publishing, Evidence Based Health Care Publisher, Cochrane Wiley, Deborah Pentesco-Murphy. Greetings from the Special Representative of the World Health Organization (WHO) in the Russian Federation, the head of the WHO country office in Russia, Melita Vujnovic, were read by Elena Dmitrievna Yurasova, WHO coordinator in the Russian Federation. 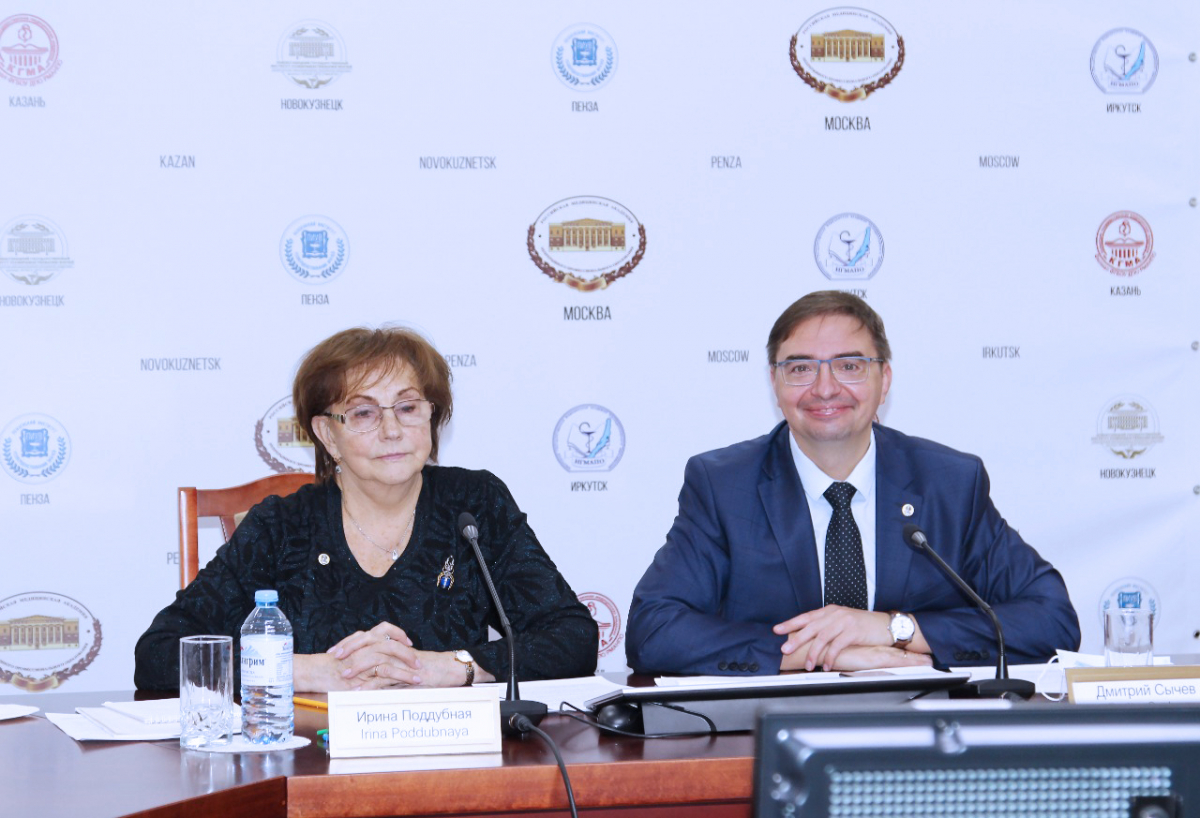 The workshop included 12 plenary reports: 6 reports from foreign speakers and 6 reports from domestic speakers. Simultaneous translation from English into Russian and from Russian into English was provided. 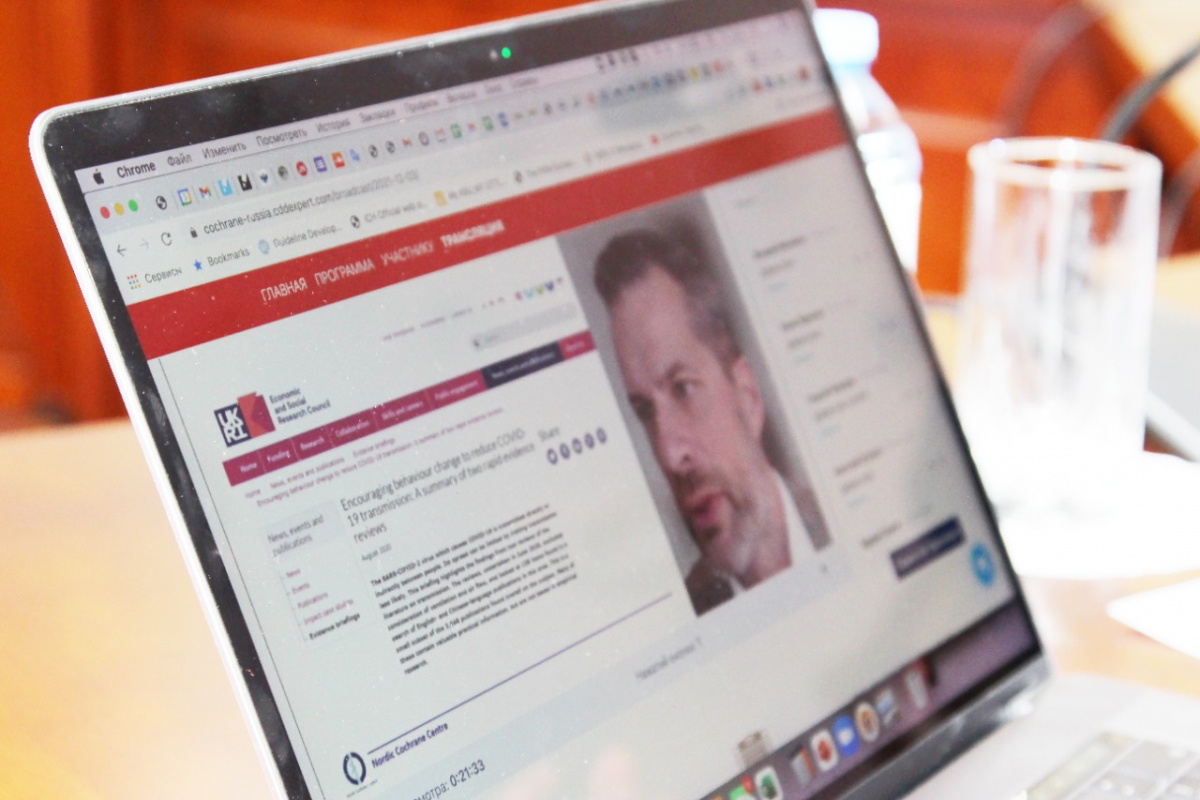 The keynote lecture " WHO concept of Evidence-to-Policy in Health: EVIPNet Europe working for Evidence-Informed Decisions " was made by Dr Marge Reinap, EVIPNet Europe Program Coordinator at the WHO Regional Office for Europe in Copenhagen, Denmark. Dr. Marge Reinap proposed to discuss the possibility of creating a WHO Collaborating Center in the field of evidence for making wise decisions in health care at RMANPO.

Prior to the workshop, all registered participants were asked to complete an online survey on the development of evidence-based medicine in Russia, outline its achievements and barriers to full implementation, answer questions about participation in Cochrane work and the use of Cochrane Systematic Reviews.

Overall, more than 2,500 participants registered for the workshop. More than 1,500 people, representing 207 cities of Russia, as well as other countries, including Kazakhstan, Kyrgyzstan, the USA, and Ukraine, joined as active participants.

The event received a very positive response from the speakers and participants of the workshop.

In conclusion, the rector of the RMANPO proposed to hold such seminars annually. 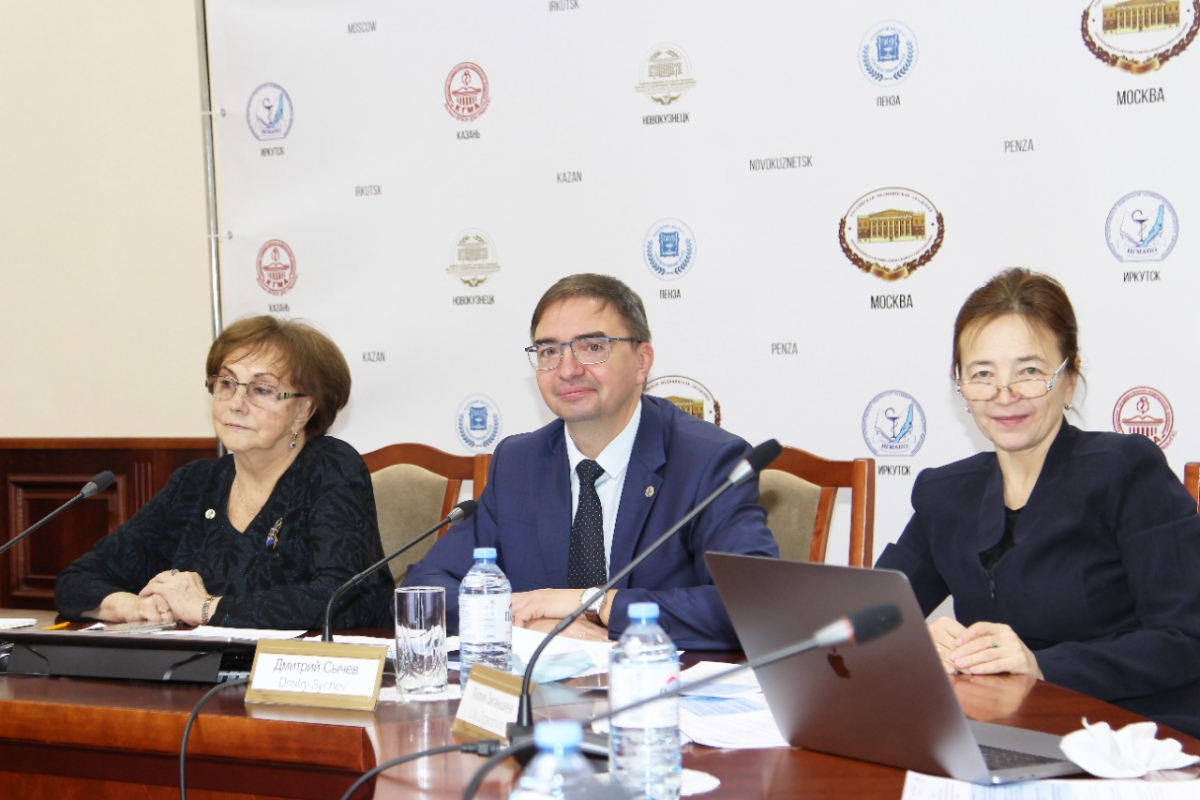 RMANPO offers a wide range of continuing professional education programs in various medical / clinical fields, including public health and healthcare management, now developed with the inclusion of evidence from the Cochrane Library, its Cochrane Database of Systematic Reviews.

We invite physicians of all medical specialties, as well as healthcare organizers and managers to our unique educational programs.

Apply for a cycle here: training in educational programs for continuing professioanl education.