Introducing Karla Soares-Weiser, Editor in Chief of the Cochrane Library 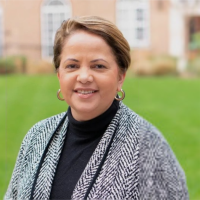 Dr. Karla Soares-Weiser became the new Editor in Chief of the Cochrane Library in June. Karla replaced Dr. David Tovey, who stepped down from the role at the end of May following ten years of distinguished service.

Learn more about Karla's story and her journey through Cochrane since 1995 in the video below;

Karla Soares-Weiser was born in Brazil and now lives in Israel. She is a trained psychiatrist, holds a Master's degree in epidemiology, and a Ph.D. in evidence-based healthcare from the University of São Paulo. She has been working in evidence-based health care since 1997 and is an author of over 60 Systematic Reviews, including 33 Cochrane Reviews. She has held numerous positions in Cochrane Groups, including as a Visiting Fellow at the IberoAmerican and UK Cochrane Centres, where she provided training in systematic review production. Outside Cochrane she has held Assistant Professor posts in Brazil and Israel, and established her own consultancy business providing evidence synthesis services to government agencies and not-for-profit organizations. She was instrumental in the development of Cochrane Response, the organization’s evidence consultancy service; and in 2015 was appointed Cochrane's first Deputy Editor in Chief. Since 2016 she has been leading the transformation programme of Cochrane Review Groups into Networks, and in 2017 became Acting Editor in Chief for four months during David Tovey’s leave on health grounds.

Following her appointment, Karla reiterated her vision for the Cochrane Library: “to improve health care decision making by consistently publishing timely, high priority, high-quality reviews responding to the needs of our end-users. I am committed to working with the Cochrane community to achieve this vision, strengthening diversity, and striving for an excellent author experience.”
Friday, December 6, 2019