Cochrane Russia and the Russian-language Wikipedia 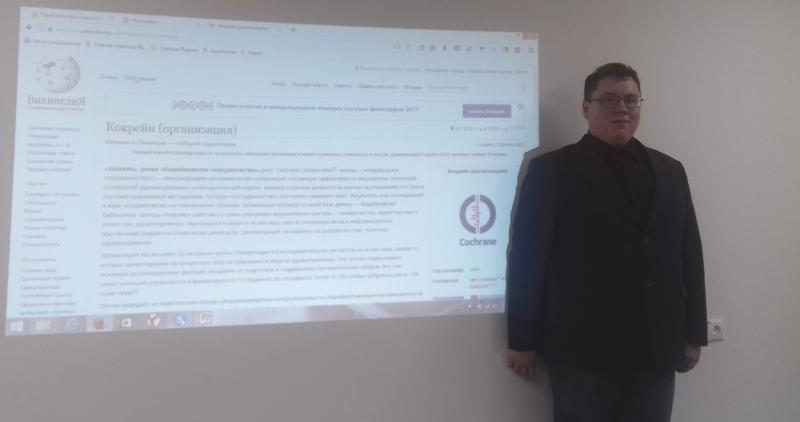 Cochrane and Wikipedia formalized partnership in 2014 to support the inclusion of relevant evidence within all Wikipedia medical articles, as well as processes to help ensure that medical information included in Wikipedia is of the highest quality and as accurate as possible.

Cochrane Russia member Alexander Potapov, who is a second year Masters student at the Department of Basic and Clinical Pharmacology of the Kazan Federal University, contributed to the Cochrane Russia ambitious project on correct presentation of Cochrane in Wikipedia

of the Cochrane Library:

and of Archie Cochrane, whose name became the name of the international organization of independent researchers:

Cochrane Russia team with Alexander's participation put a lot of effort into correction of previously published article in the Russian-language Wikipedia about Cochrane and of the very name of the Organization in Cyrillic in accordance with Wikipedia rules, and corrected all the articles in the Russian-language Wikipedia that used the wrong Cyrillic spelling of the name of the organization.

Alexander and the Cochrane Russia team look forward to ambitious plans on revision of Wikipedia articles, initially on medicines, and then on all health issues, so that they all would use the best Cochrane evidence and refer to the relevant Cochrane systematic reviews and their Plain Language Summaries (PLS) with Russian translations.